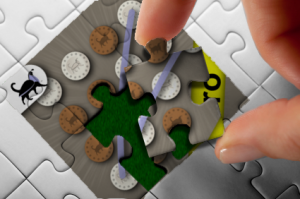 Update: Sept 2013 — Beta Testing is closed.  Thanks to everyone who participated!  — Gary

This is a real test, where the release date of the app, its final feature set, and more all depend on the outcome of the feedback we get from our testers.

We’re looking for a diverse set of experienced iPhone, iPad, or iPod Touch owners. We will select about 20 individuals that commit to answering questionnaires, participating in recorded interviews, and commit to a non-disclosure agreement until the app is released.

Details of the game to be tested are not public yet. It is similar to a common two-person board game, but has an important twist that can’t be done practically in a physical board game. Far from gratuitous virtualization, the twist has a significant impact on strategy and gameplay.

Applications are being accepted immediately. Testers should expect to spend about four hours on questionnaires, interviews, and meetings over the course of two weeks. The final release date for the app will be determined after the results of the testing are assessed.